Sit and Sip:
A Short History of Tea 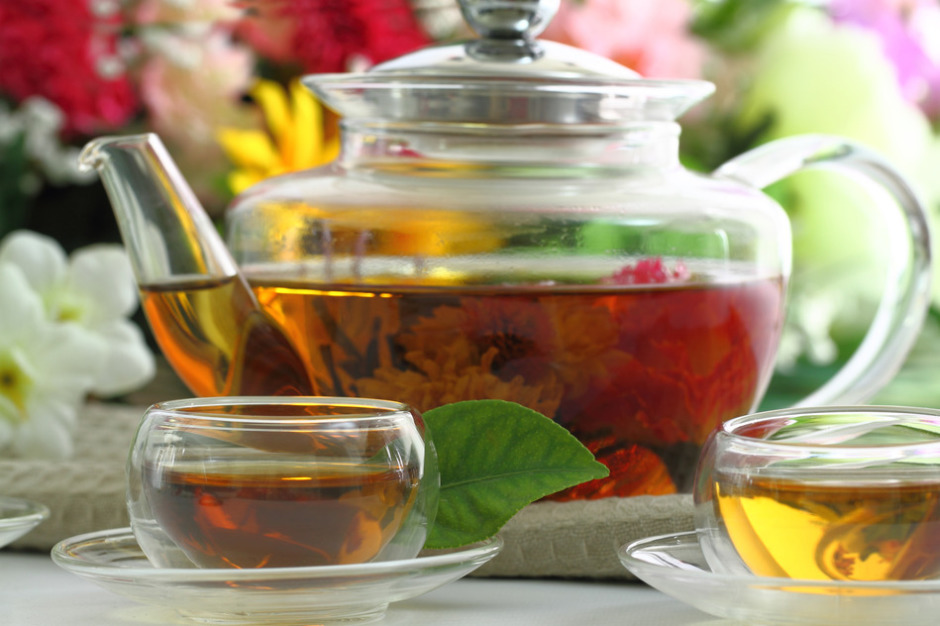 Myths and legends passed down tell us that a Chinese emperor, scholar and herbalist named Shen Nung was the first person to recognize and experience tea.

One day as he traveled, Shen Nung stopped to rest and dozed off for a bit. When Shen Nung awoke he was thirsty. His servants had prepared some refreshment while he was asleep and some leaves from a nearby bush had fallen into his cup of water, giving it a light color. Shen Nung tried it and found it to be very tasty and good for his stomach. Of course he had been sitting near a wild tea plant, so according to legend, this is how tea was discovered. I’m just thankful that tea was discovered, be it this way or another!

Tea quickly spread throughout the Chinese culture and filled every aspect of their society. In the late 16th century tea came to Europe. Since the voyages took so long, tea usually deteriorated by the time it reached the European shores. This problem forced the Chinese to come up with a process that created black tea as we know it today.

By the 18th century tea had become the popular drink for all classes in Britain. The upper class still viewed taking tea as an elegant affair while dining in their stately homes. Once the main meal was over everyone would gather in their gardens for a stroll and to serve tea. Since this was such an important part of their lives they soon began to hire architects to design and build structures for their gardens so they could enjoy tea while admiring their beautifully landscaped gardens.

By 1650 the Dutch were actively involved in tea trade though out the Western world. The British soon took control of the newly established Dutch colony of New Amsterdam and renamed it New York. The settlers found that tea drinking was just as popular in the New World as it was in the Old World. Coffee houses and tea gardens became popular gathering places in the colonies, just like Vauxhall Gardens and Ranelagh in Europe, where an evening would be spent dancing or watching fireworks and serving tea. New York established their own version of Vauxhall Gardens and Ranelagh.

Then came the famous “Boston Tea Party” on December 16, 1773. The Americans had no one to speak for them in the British government and they were extremely frustrated. They were being tax to death and had no part in the decisions that affected them greatly. To show how angry everyone was, a group called the Sons of Liberty boarded ships dressed up as Native Americans, took boxes of tea, and dumped them into the water. Needless to say, the British government was extremely angry and made stricter laws for them. The Boston Tea Party was one of the main things that started the American Revolutionary War.

In 1848 South Carolina became the first and only state where tea was produced commercially. By the 19th century southern people started drinking iced tea instead of hot tea due to the hot weather they endured. Drinking tea in the south was not a social affair as it was with the British and early tea beginnings in the United States; it was just a way of life.

Tea is more popular than ever in the United States today. There seems to be a re-awakening of interest in tea and tea rooms. Americans are moving towards a more positive and healthier lifestyle which tea provides. I encourage you to take time out each day to enjoy a cup of tea. And when you sit and sip, don’t forget to thank Shen Nung for his wonderful discovery!

Camellia Sinensis: How We
Get Tea from the Tea Plant

The Key to a Perfect Cup of Tea